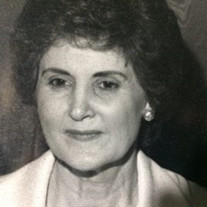 Decatur – Colonel Clara Ann Hilquist (retired) 87 of Decatur, formerly of Park Ridge, IL passed away Sunday Dec.22, 2019 at Randall Residence. Clara was born on Jan. 26, 1932 in Morrisonville, IL the daughter of George and Veronica (Goebel) Richter. She was preceded in death by her husband Thomas A. Hilquist and brother Rich. After graduating from Morrisonville High School in 1949, Clara attended St. John’s School of Nursing in Springfield, IL. Upon her graduation in 1952, Clara started her nursing career at St John’s Hospital. Being independent and seeking further education, she moved to Evanston, IL. Working and going to school, Clara graduated from DePaul University in 1960 with her BSN—not common in that era of nursing practice. Seeking new experiences and challenging herself, Clara joined the United States Air Force Reserve Nurse Corp at O’Hare International Airport in Chicago, IL. She served at Cook County Hospital, Great Lakes Hospitals and in 1965 completed Flight Nursing School to earn her flight wings. In her civilian nursing career, Clara was chosen to be trained in Critical Care and set up the first ICU/CCU at Evanston Hospital in Evanston, IL. She served as Head Nurse in this position from 1967-1977. In 1972, Clara’s personal life took a dramatic change when she met her husband Thomas who was an Air Force pilot. They met at a military dance and were married shortly thereafter. Throughout their early marriage, they travelled extensively. On occasion, Tom was the pilot flying Clara’s Flight Nurse group to their assignments. Clara was an exceptional nurse, always earning leadership positions throughout her civilian and military careers. In spite of losing her leg in a multiple vehicle accident in 1985, she returned to work a year later.  Clara continued to work in various fields of nursing—as a nurse analyst, then as a geriatric nurse and finishing her 43 year career doing medical record coding Clara not only had an outstanding professional career, but was also very close to her family. Although she and Tom did not have any children, they were immensely interested in their nieces and nephews, as well as their great nieces and great nephews. Clara seldom missed sending a card for just about every holiday on the calendar to all of the children in her extended family and always included some money to be used by the child for a treat. Clara and Tom moved to Decatur in 2013 when health problems necessitated being closer to Clara’s family. Clara has resided at Randall Residence for the past 6 years and loved her “Randall Family” of caregivers and her friend Renitta. She is survived by siblings Rose Mundhenke of Morrisonville IL, Jim Richter of Taylorville IL, Gerald Richter of Mt Zion IL.,sister in law Linda Richter of Gretna NE, brother and sister in law David and Karen Hilquist of Hawthorne Woods, IL and sister in law Jackie Hodlick of California. She has many nieces, nephews, great nieces and great nephews including Karl and Janet Pezzelle who will miss their daily conversations with her and their frequent visits to her apartment. Services will be held Friday Dec 27, 2019 at St. Maurice Catholic Church in Morrisonville, IL. Visitation will start at 10:00 am with the Mass of Christian Burial at 11:00 am. Burial will follow at St. Maurice Cemetery, Morrisonville. Lunch will be served after the burial at the Knights of Columbus Hall in Morrisonville IL. In lieu of flowers, donations can be made in her name to St. John’s College of Nursing in Springfield IL. Moran & Goebel Funeral Home and Cremation Services, 2801 N. Monroe St., Decatur, IL, is in charge of arrangements. Memories and condolences may be shared at www.moranandgoebel.com.

The family of Clara A. Hilquist created this Life Tributes page to make it easy to share your memories.