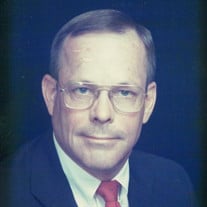 Harold Steven Nichols, 80, passed away in his home on September 23, 2021. Steve was born on July 29, 1941, in Steubenville, OH, to Margaret Odell Nichols and Harold F. Nichols. He is survived by his two sons Douglas (Kelly) Nichols and Scott (Amy) Nichols both of Decatur, IL; step daughter Allison (Steve) Ackerman Bull of Evanston, IL.; his 9 grandchildren: Kylie Nichols, Kierstin Nichols, Garrett Sayles, Alexandra (Michael) Heffernan, Parker Nichols, Tanner Hetz, Owen Bull, Austin Bull, and Everett Bull; his brother Dr. Douglas O. Nichols of Decatur, IL; nephews Steve and John Nichols; and niece Laura (David) Rayhill. He was preceded in death by both of his parents and his wife Marsha Nichols. Steve was a graduate of University of Illinois in 1963, where he was a member of the Phi Delta Theta fraternity. Steve started in the workforce at IBM. In 1973, he joined MassMutual and had a successful career for over 45 years. Steve was a 40-year member of AA, mentoring and helping countless people. Steve was an avid golfer. He was the CICCA Chair at Champaign CC from 1999-2012 and a CDGA Director from 2005-2015. “Nervous” looked forward to his weekly games with the Bogeys group in Champaign and playing with longtime friends at the Country Club of Decatur. Gramps loved attending his grandchildren’s various sporting events and spending quality time with his family. He was a die-hard Illini, Cubs, and Bears fan. He attended hundreds of Illinois games over the years. Steve loved to watch Reality TV and The Hallmark channel in his downtime. Steve was a quick witted, loving soul who will be deeply missed by his family and friends. There will be a visitation on September 30, 2021, from 5-8pm at Moran and Goebel Funeral Home in Decatur, IL. There will be a funeral service for Steve on Friday, October 1, 2021, at10am at Moran and Goebel for family and friends. A Private burial will follow at Upper Muddy Cemetery in Lerna, IL. Friends and family are invited to a celebration of life at the Country Club of Decatur from 1-4pm on Saturday, October 2, 2021. In Lieu of flowers, donations can be made in Steve’s honor to the Wounded Warrior Project and Salvation Army. Arrangements by Moran and Goebel Funeral Home 2801 N. Monroe St,, Decatur, IL 62526. Condolences and memories may be shared at www.moranandgoebel.com Video streaming is available at www.funeralvue.com/login/event#61350.

Harold Steven Nichols, 80, passed away in his home on September 23, 2021. Steve was born on July 29, 1941, in Steubenville, OH, to Margaret Odell Nichols and Harold F. Nichols. He is survived by his two sons Douglas (Kelly) Nichols and Scott... View Obituary & Service Information

The family of Harold "Steven" Nichols created this Life Tributes page to make it easy to share your memories.

Harold Steven Nichols, 80, passed away in his home on September...

Send flowers to the Nichols family.