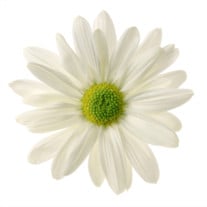 James Joseph Kelly, 89, of Latham, died Sunday February 23, 2003. Funeral Mass will be 10 A.M. Wednesday February 26, 2003 in St. Ann’s Catholic Church Niantic. Visitation will be from 5 until 7 P.M. Tuesday in J. J. Moran & Sons Funeral Home, vigil prayer service will be held at 4:30 P.M. Burial will be in Calvary Cemetery, Illiopolis. Memorials to: St. Ann’s Catholic Church, Niantic. James was born in Chicago on March 14, 1913 the son of Thomas and Ann Rose McAvoy Kelly. James worked for many years as a salesman at Sherman Volkswagon and retired from Perry Thomas Lincoln Mercury. He was a member of St. Ann’s Catholic Church in Niantic and the Mt. Pulaski American Legion Post #447. James served in the Army/Air Corps. during WWII and was discharged as a 1st. lieutenant in 1945. He married Valette A. Mooney at Chanute Field, Rantoul on February 07, 1942 and she preceded him in death on March 06,1998. Surviving are his daughter, Sharon Beube of Decatur; sons: Robert Kelly Elizabeth of Elgin and James Kelly of Chicago; grandchildren: Lori Carroll of Peoria, Brian and Brad Beube of Decatur, Tom Kelly of Elgin, Kristin, Kimberly, and Ryan Kelly all of Florida; one great grandson; sister, Mary Elizabeth Griffin of Morton Grove; one niece and two nephews. His parents, wife, two brothers and two sisters preceded him in death. The family would like to extend their sincere thanks to Dr. Keith Smith, Dr. Kola and Dr. Kureishy and staff of the Heart and Lung Center, the entire staff of ManorCare Health Services, and Decatur Memorial Hospital’s 4th floor nurses and staff for the care they gave to Jim.

The family of James Joseph Kelly created this Life Tributes page to make it easy to share your memories.