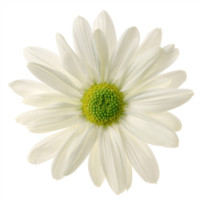 Patricia Ailien Beard, 73 of Decatur, died on Tuesday, February 04, 2003. Funeral Services will be 2 P.M. Friday, February 07, 2003 in J. J. Moran & Sons Funeral Home. Visitation will be one hour before services. Burial will be in Fairlawn Cemetery. Patricia was born in Decatur on December 26, 1929 the daughter of William Delaw and Alta Lyons Hedenberg. Patricia had been employed as a machine operator for Marvel Shebler for 10 years, and then she worked at Cub Foods as a food demonstrator for 7 years. She married William L. Buchanan on January 22, 1949 in Decatur and he preceded her in death on July 27, 1987. She then married Robert D. Beard on September 07, 1993 in Decatur and he preceded her in death in March of 1994. Surviving are her sons: William Lee Buchanan Jr. Debbie of Minnesota, Donald W. Buchanan, and Robert A. Buchanan Sr. both of Decatur; daughters, Patricia L. Ray James of Tennessee, Naomi E. Workman Phillip, and Tanya E. Kilcoyne all of Decatur; sisters: Naomi Marie Tomlinson of Springfield, and Alta Elaine Mason of Decatur; 19 grandchildren, 10 great grandchildren, several nieces, nephews, cousins and friends. Her parents, husbands, 2 brothers and 2 sisters preceded her in death.

The family of Patricia Ailien Beard created this Life Tributes page to make it easy to share your memories.