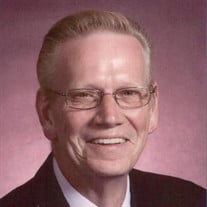 CLINTON — Terry E. Campbell, 70, of Clinton, passed away at 7:27 a.m. on June 19, 2021, at OSF Richard L. Owens Hospice Home, in Peoria. Visitation will be held on Monday, June 28, 2021, from 5-7 p.m. at the First Christian Church, in Clinton, where he was a member. Terry loved flip-flops and polo shirts, so please dress casually in his memory. A family burial will follow at a later date. In lieu of flowers, memorials may be directed to Mayo Clinic, MN or the Richard L. Owens Hospice Home. Terry was born on October 31, 1950, in Clinton, to Dean and Marie Campbell. He attended local schools. In 1970 he married Betty Tanner. In 1977 he married Sheila Newman. Terry remarried Betty in 2004. Survivors include his wife, Betty Campbell, Clinton; sons Adam (Chelsie) Campbell, Lincoln, and Michael Screeton, Texas; grandchildren Parker and Addison Campbell and Sophia Screeton. He was preceded in death by his parents; stepfather Lyle Gill; wife Sheila Campbell; brothers: Dick Campbell, Duane Campbell, Bill Campbell and Rex Campbell. Terry retired from Illinois State University, in 2007, as an Assistant Chief Engineer after 27 years of service. He was a member of the Clinton Elks, Clinton and Bloomington Eagles, and Clinton Kiwanis, as well as the Prairie Promenaders in Farmer City and was a former President of the Roll-A-Way Ramblers in Clinton. He loved being outdoors, gardening, and landscaping. He enjoyed the beach and traveling with his beloved wife Betty by his side. He cherished his faithful companion Brady and was a devoted Cubs fan. He was a dedicated grandfather and spent many afternoons at his grandchildren’s sporting events. He was a loving and caring family member and friend and held a very special place in the hearts of all who knew him.

The family of Terrence "Terry" Campbell created this Life Tributes page to make it easy to share your memories.

Send flowers to the Campbell family.